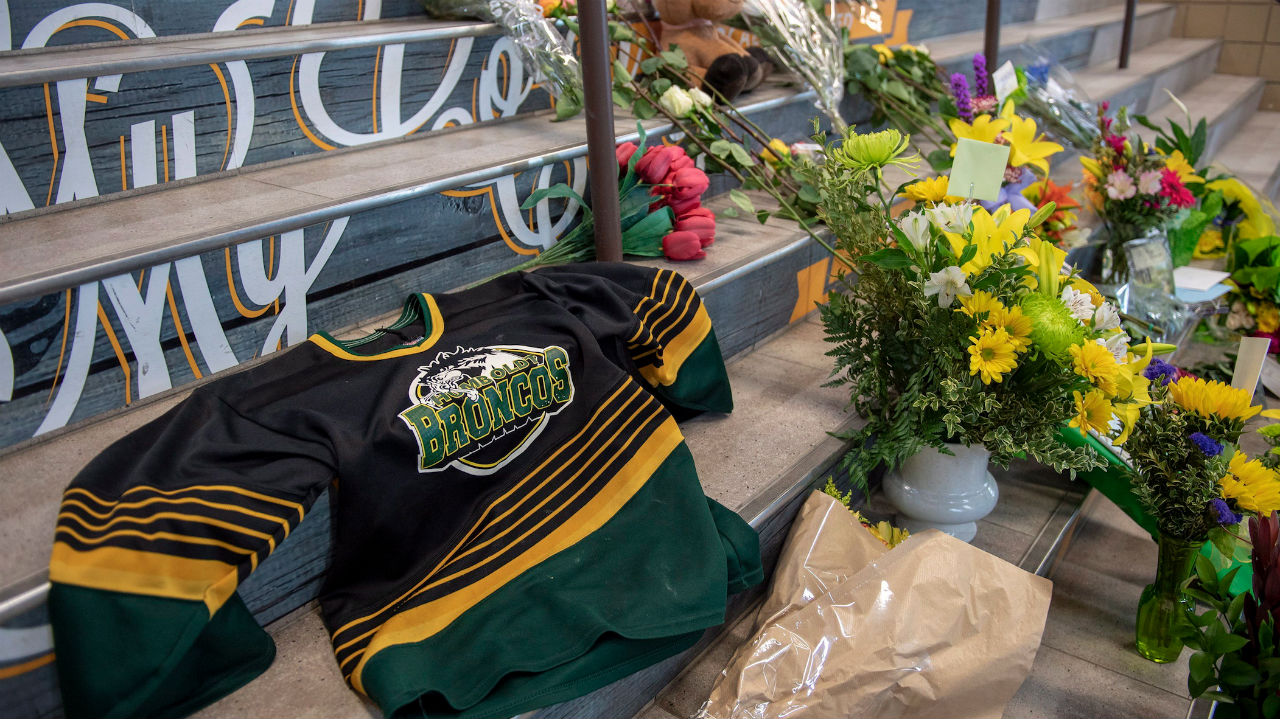 Posted at 10:31h in Uncategorized by Susan & Renee 0 Comments
0 Likes

In the aftermath of Friday’s horrific bus crash which killed 15 members of the Humboldt Broncos Hockey Team we ask “how do people find the strength to go on after such unimaginable tragedy?” With kids in sports, we have experienced the bonds of years of connecting with the team members and fellow parents. Our kids remain good friends with many of their teammates and we as parents have maintained lasting friendships with other parents. It is this connection that might help in the healing and the ability to build resilience.  As therapists who work with many experiencing bereavement and loss, we often say “time does not heal, activity and how we choose to spend the time heals.”

Now is the time to process the news and come to terms with the magnitude of loss.  In these situations where our presumptive world is shattered, we try to create meaning and a sense of coherence.  Let’s acknowledge this loss and at the same time try to find ways to highlight some of the stories of strength.  Within this lens of viewing the loss and devastation, we can shift our views to look at stories of post traumatic growth in the face of adversity.  Kristin Neff, an expert in self – compassion professes that pain and suffering are part of being human. What is also part of our shared humanity is the ability to create empathy and human connection.  This is how those impacted by this tragedy may transform from survivors to thrivers.

The opportunity that this has brought for others to express gratitude, to reach out to the victims and survivors has taken shape in many forms.  The compassionate tributes that were displayed during NHL games on Saturday night extended beyond the hockey world to Major League Baseball’s acknowledgement, including an inscription on Marcus Stroman’s hat which he will auction off and donate towards the Humboldt Bronco’s team.  More than seven million dollars has been raised by people worldwide on a Go Fund Me Page. The international attention that this has garnered is also striking. This has included comments from national leaders, the Queen and countries such as Israel who know too well the impact of trauma and how life can change in an instant.

In 1986 another bus crash took place in the Saskatchewan hockey community involving the Swift Current Broncos in which four players lost their lives.  One of the survivors of that crash Bob Wilkie visited the Broncos survivors in hospital now to let them know, “we went through this and we’re OK.” The sense of community that this tragedy has created is apparent in the vigil that took place Sunday evening and people worldwide leaving hockey sticks on their front porch to honour the victims.  Part of bouncing forward involves remembering.  Memorial services such as this one took place recently for a Toronto teen and elite goalie who was violently murdered along with his mother and sister and he was remembered by his hockey community and by his classmates.  In fact, teens have a lot to teach adults when it comes to grieving. They typically bond with their friends, talk or not talk, but find a way to connect that adults often don’t in similar response to loss. The students in Parkland are another example of how tragedy has been turned into action and they have found their voice as strong advocates for social justice.

Making sense out of loss is often difficult but creating new meaning might help us to take charge and move beyond loss.  Is it possible to grow and transform in new directions after loss? Here are some stories that the people with whom we work have shared with us and how we have guided them to create a new story out of the experience of loss:

The first story involves a young mother who lost her teenage son in a tragic accident.  We created the idea of telling her story to help others.   Together we sought to learn from the bad and focus on the good.  Some of the good things that she believed resulted after the loss of her son included memorials, donations and an award in her son’s honour being established to help other children with opportunities.  She was able to realize that she was a strong person. It brought her family closer together.  In her words, “we’re just stronger”.

Another story involves a teenage girl who lost her mother in a car accident several years earlier and she and her entire family were involved in the accident.  She has used dance as a way to express her emotions and her story and change the way her body is feeling.  In his book The Body Keeps the Score, Bessel van der Kolk maintains that we need to help people regain a sense of self – efficacy and control.  When we consider that activities such as yoga and martial arts are more effective than any medication in recovering from trauma we might bring elements of hope and optimism when envisioning the future of these young hockey players.  Getting back in the game and reaching levels of post traumatic success will be their way of honouring their peers and coaches who were lost.  The theme of the vigil Humboldt Strong rings through and this small community is pulling together.  The words of Leonard Cohen tell the story of hope in darkness, “there is a crack in everything, that’s how the light gets in.”